A Bangladeshi priest, who studied in Italy and got to know the Sisters of Our Lady of Sorrows while there, encouraged the sisters to go to his country. Bangladesh is a very poor country and the OLS sisters and their charism quickly found huge possibilities for ministry there. The first two OLS sisters to go there were given the ministry of working at the Apostolic Nunciature in Dhaka. They arrived in Bangladesh in 1988. It is not possible to enter Bangladesh as a missionary if the government does not designate positions for them to do so. For this reason, it took two more years before a third sister was allowed to join her sisters in Bangladesh. Finally, being a community of three, in addition to working at the Nunciature, the sisters were able to begin making contact with Catholics. Eventually, they were also able to start ministering to the poorest people living in various slums in the enormous city of Dhaka. The first ministry initiated by the sisters was that of opening workshops for women in order to give them useful skills that could help them support their families financially. Afterwards, they started literacy programs, evangelization and education in school and afterschool. Various young Catholic women, desiring to give their life to the Lord, found in the Sisters of Our Lady of Sorrows a style of life and service to the poor of their own country that was attractive to them.
Today, the Sisters of Our Lady of Sorrows in Bangladesh are in 3 communities: two in the capital city of Dhaka and one in Rajshahi which is located in the North-West portion of the country. 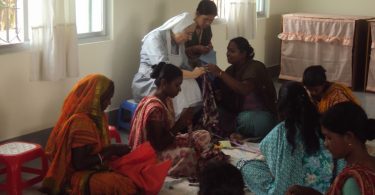 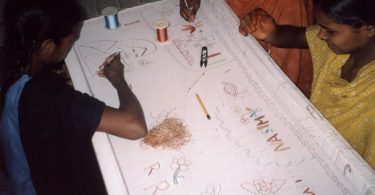 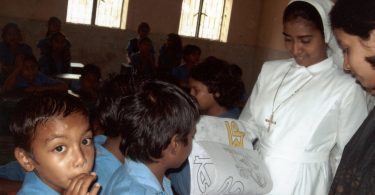