In August, 1985, three Sisters of Our Lady of Sorrows arrived in the city of Timon in the northeast area of Brazil. A large nation, Brazil has some very developed areas in the south, but the OLS sisters who were invited by an Italian Comboni missionary, went to the northern part of the nation in order to serve the poorest and most needy people. Timon is a city that grew very rapidly due to many people leaving their villages and farms in search of better jobs in the nearby city of Teresina. However, the influx of this great number of people made it more difficult for people to find the better social situation they were looking for. The sisters began serving these people by giving them spiritual, religious and pastoral assistance – going into slums where the priests would go very rarely – to celebrate the Eucharist and the Sacraments. Soon, the sisters opened a center for women where they taught them sewing and embroidery. The goal of this center was to equip women with skills that would enable them to get better jobs so that they could take care of their families financially. Many of these women, especially young girls, are caught up in drugs, violence, alcoholism and prostitution. The sisters helped as many as possible and soon they opened schools and a house to help prevent the girls from being sold into prostitution. With local young women showing interest in religious life and joining the sisters, the small community began growing and the sisters were able to open two schools in Colinas, one in Timon and recently, a second one in a suburban area. In addition, they were able to open a house in Fortaleza for their formation program, a kindergarten, and “Mother of Tenderness Home” for young girls. At times, when social services removes children from very deprived family situations, the sisters also take in young boys who are the brothers of some of the young girls in an attempt to keep family members together. The latest community was opened in Canto do Buriti, located in the southern part of the state of Piaui.
In Brazil, the OLS sisters are present in three states: Maranhão, Ceará and Piauí 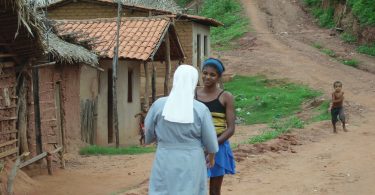 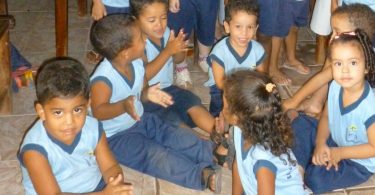 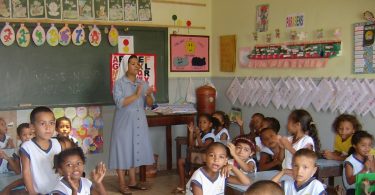 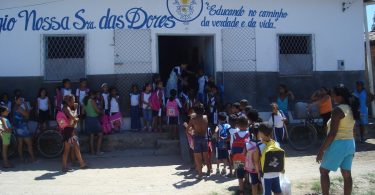