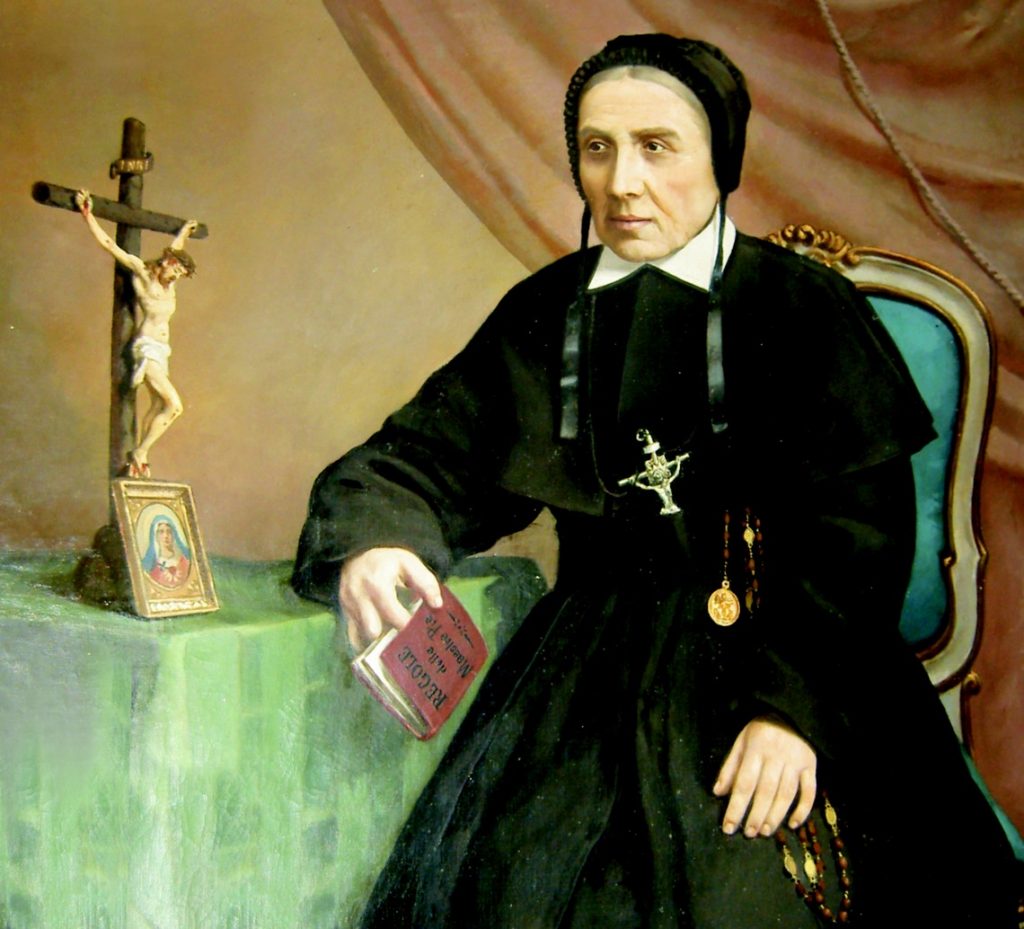 This is how Caterina Giovannini describes her: “Elisabetta Renzi was of average height. She was delicate and although she was fairly strong, her appearance indicated a nervous nature. Age and fatigue never diminished the liveliness and brightness of her eyes. The eyes are indeed the mirror of the soul, and hers had a kind of supernatural fire that varied in intensity and expression; they possessed the purity and the power of attraction that God gives to those who often raise their eyes to Him…
– Simplicity of expression and manner, a glance that was clear and pure, full of love and goodness,” adds the venerable religious, Sister Teresa Raffaelli. She tells us with an amiable accent: «There was a certain beauty in Mother Renzi, a gracious beauty accompanied by a physical weakness. She had an expression as of paradise because she was never without a ray of goodness, strength, and courage».
After her eyes, her profile was her most striking feature; its lines were rather pronounced, full, and harmonious. From the sweetness and serenity of her face, one could guess the divine peace that she enjoyed within, but her most characteristic and familiar expression when she was at rest was a spiritual pensiveness that arose from an awareness of invisible realities.
Her walk was rapid, even though it was heavy in her last years which were heavily burdened with the suffering and the illness of old age. It was like that of a person who counts the hours, but who, though weary, still exerts herself to continue her service to God. Her head was bent slightly forward, from her habit of recollection and adoration. Her hair remained thick, framing her face, a face in which one could see no worldliness, but only kindness and dignity, the traces of divine grace… Up to the last moments, she preserved, as a rare privilege, the full use of her body and the faculties that were necessary for the accomplishment of her mission: she had good hearing and sight, a clear mind, and a fresh memory…
To everyone, she seemed to be an image of Jesus Christ; once you had encountered her gaze and heard her words, they powerfully attracted you. Everything about her was an encouragement and a reward for us. We read these words in a letter from Sister Teresa Onofri, an excellent contemporary of the venerated Mother Foundress.

Although Mother Elisabetta was strict with herself, she was very loving towards others and she knew how to smile. She was pleasant in manner, with a straightforward easiness and graceful simplicity. Her words were gracious, her sayings were pleasing, her answers were clever and spirited; her words attracted her listeners, expressing truth and giving consolation.
She was open with persons she knew or lived with, and was completely at ease in casual conversation. Her sayings were lively, and her stories had the spice of the world’s conversation without its coarseness. They were always full of tender love and went straight to the heart in a way that was good for her listeners. She had the happy gift of being able to bring smiles to her hearers or deeply move them, and the spirit of God present in her made her conversation always wonderfully simple, fitting, and timely.

Her views were clear and definite, and were always based on a consideration of the glory of God and the salvation of souls.” (Positio p. 501-503)